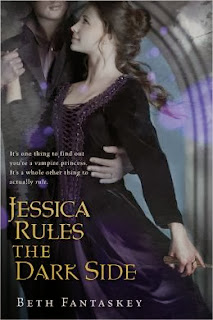 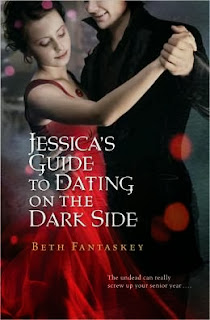 Book 1: The undead can really screw up your senior year . . .
Marrying a vampire definitely doesn’t fit into Jessica Packwood’s senior year “get-a-life” plan. But then a bizarre (and incredibly hot) new exchange student named Lucius Vladescu shows up, claiming that Jessica is a Romanian vampire princess by birth—and he’s her long-lost fiancé. Armed with newfound confidence and a copy of Growing Up Undead: A Teen Vampire’s Guide to Dating, Health, and Emotions, Jessica makes a dramatic transition from average American teenager to glam European vampire princess. But when a devious cheerleader sets her sights on Lucius, Jess finds herself fighting to win back her wayward prince, stop a global vampire war—and save Lucius’s soul from eternal destruction.
Book 2:
“I should sue the people who designed the My Little Pony Crystal Rainbow Castle I played with in kindergarten. They led me to believe that castles were filled with rainbows and cupcakes and pastel-pink furniture. Not stone and fire and . . . blood.”
Eighteen-year-old Jessica Packwood is having a hard enough time feeling regal with her new vampire husband, Lucius. But when he’s charged with murder, Jessica’s suddenly on her own. She knows that with no blood to drink, Lucius’s time is running out. Can she figure out who the real killer is—and who she can trust—before it’s too late?
**Review**:  Both of these books are amazing!  They have an original storyline that draws you in and keeps you entertained throughout.  Beautiful book covers, great editing and likeable characters.  I highly recommend it.  It's a dark, suspenseful book with great wit and a nice take on the usual vampire novel.  Check it out!

Posted by tristaday at 1:07 PM