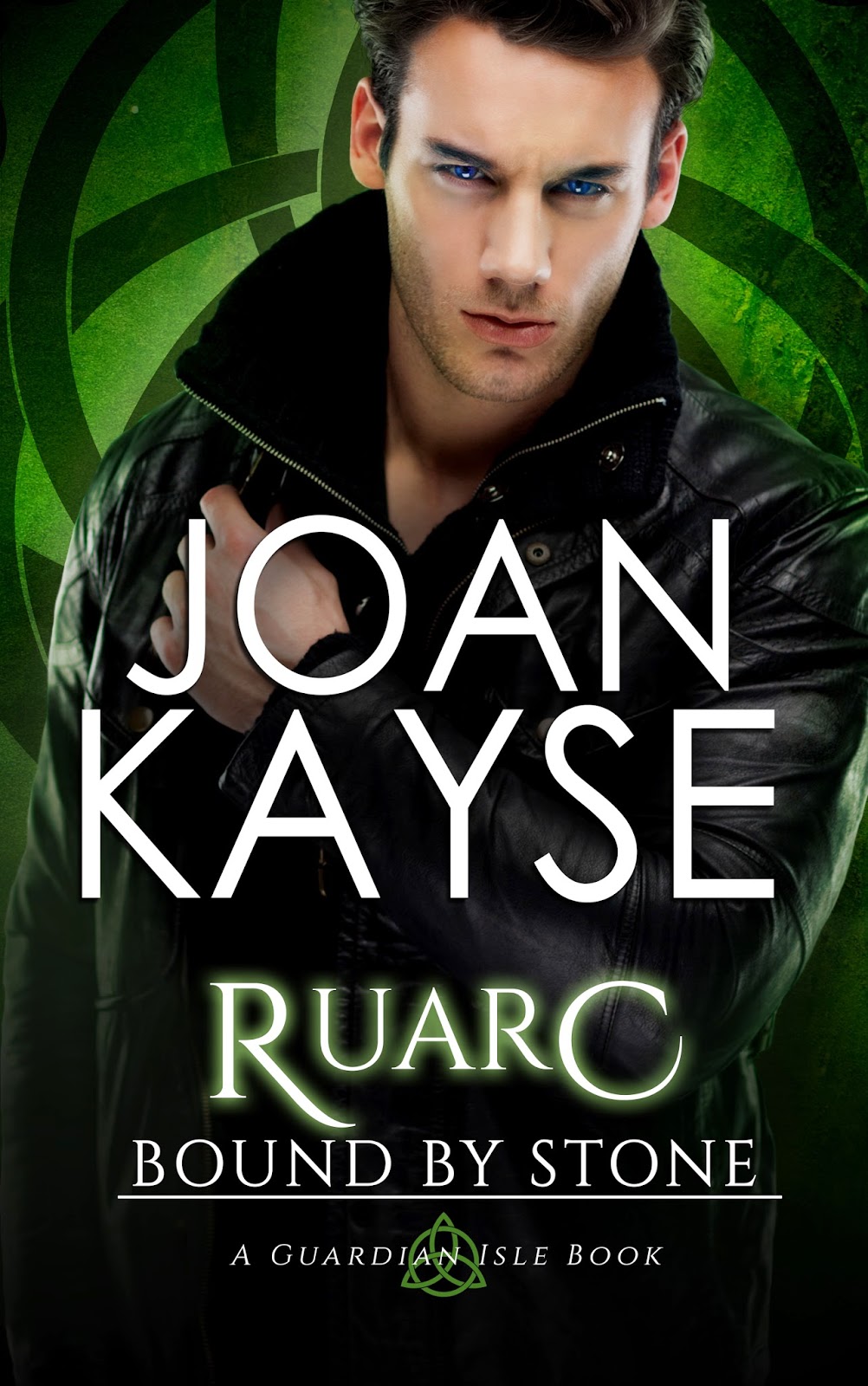 
Life is grand—until the fate of the world is laid on your shoulders. Ruarc Dongahue should be used to life's unexpected twists and turns. After all, at age thirteen his own life was turned upside down when a stranger claimed him as his son—and informed him he was a Leithprachaun, a warrior of the Fae. Entrusted with the essences of life, the treasures of both mortal and Fae worlds, Ruarc grew into a man, becoming the warrior his clan expected, living life in the moment. Cue another twist when the wrath of the Dark Banshee queen steals and hides the treasures from the Leithprachaun's hands. Aye, life is feckin' grand.
After the death of her family, Aine O'Neill stopped believing the stories of the Fae and magical worlds  her Irish grandmother thrived on . She went from a dream filled young girl to a woman who lived by logic and common sense meeting the real world head on as an investigative journalist.  But logic cannot ease her grief when her grandmother dies and she must travel to Ireland to settle her estate. In, out and she can get back to business. Instead she finds a dilapidated manor house and a hot, sexy Irishman who claims to be—a leprechaun.
The essences of the world must be gathered together every third era for renewing  to prevent the Fae and mortal realms from disintegrating into chaos. A trick that, as neither Ruarc nor his siblings have recovered them. Centuries spent searching have led him to an estate in the Irish countryside and a gorgeous Yank with emerald eyes, luscious curves and fiery spirit that sends the solitary Fae spinning. When he discovers she is the key to locating his essence he attempts to manipulate her into helping him . But its more than access to the property that Aine brings the Leithprachaun warrior. Time is short and with his magic and his heart spinning out of control, Ruarc must come to grips that there is more at stake than the world's existence...his heart and soul.
The fate of the world lies in the Essences of Life, the treasures of both mortal and Fae realms. Once every third era, the Essences must be assembled together at the sacred stone circle or life will sink into chaos and death. The safeguarding of these treasures has rested in the hands of the Leithprachaun, the warrior clan of the Fae.  The Dark Banshee queen has released her wrath on the warrior clan and stolen the precious  items, cursing them to give their heart, something the capricious Fae cannot do, to find them. The renewing is rapidly approaching and time is running out. Will dark forces gain the power of life, dooming the world to extinction?
Tick, tock…


Tick, tock, tick, tock…Time is very much of the essence in this incredible story. For so long, the Leithprachaun’s have been charged with the keeping and protection of the Essences of Life. Each child of Finn has been burdened with one specific treasure and let me tell you, the legends we’ve all heard of Leprechauns definitely got the seriousness of that relationship correct. When the unthinkable happens and the Treasures are lost, the weight of that guilt and the chaos of racing against time falls squarely on the High King of the Leithprachaun and his kin. However, seeing as it was Ruarc, the second born son, who first lost his Treasure, the guilt and his past experiences have left him with a very jaded view of life…even an immortal one.  Always as steady as the stones in which his magic runs deep, Ruarc is the foundation on which the others have built themselves, but when he starts to crack, the whole of the world starts to splinter right along with him. Joan Kayse has a way of writing a character that makes you feel as if the very burden Ruarc carries also lies upon your own shoulders. When he hurts, you hurt…especially when getting smacked in the head by a rogue hubcap. When he catches sight of the beauty behind said hubcap, you feel the magic of hope right along with him.


Aine O’Neill is just as jaded as Ruarc when it comes to life, but losing your entire family one after the other will do that to you. Raised by her Irish, and slightly eccentric, grandmother after the death of her parents and brother, Aine grew up with the tales of the old country as a staple in her world. Yet, when her grandmother dies, Aine pushes all the thoughts of magic and the wee folk to the very back of her mind. After all, being an investigative journalist shows you the very scum of the gene pool. So what room is there for rainbows and pots of gold? Traveling to Ireland was supposed to be a quick in and out thing. Settling her grandmother’s estate should have been a no brainer, but when she gets caught up in the very world she though was fairy tale, Aine realizes that our very roots have a way of pulling you into the midst of legends and magics unlike anything she’s ever seen.


This entire story pulled me in at the very beginning, and the way Joan Kayse made the legend of Leprechaun her very own while still leaving the foundation of the actual legends of old made me love it even more. Aine’s grandmother speaks of the innate pride all those of Irish decent have of their roots and you can feel that pride woven through the fabric of this tale. As someone who is very proud of my own Celtic heritage, I found it rather refreshing to actually see that pride in writing.